In one of the great moments of Science Fiction writing, Isaac Asimov proposed the 3 rules of robotics, that would ensure that humans thrived in a robotic universe. Asimov wrote them shortly after the United States entered World War II. They are:

Asimov missed that a society could become stupid if nurtured by robots. I’m sorry, but look at this guy: 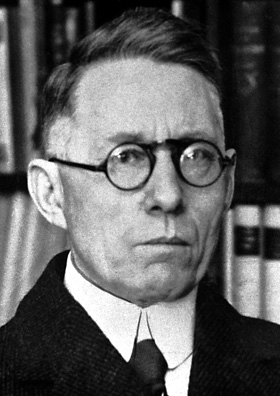 The internet is full of useless information about Jensen, all of it repeating old material, and much of that in the form of press releases or promotional copy, and all of it searched out by web robots and spat back at humans in a kind of war to dominate information … except the information is all the same and it’s largely just plain wrong. The guy was a writer of rather low calibre, who is best known for a kind of early, stuttering version of this:

Darryl Hannah in Clan of the Cave Bear

If Jean M Auel had written any more sequels, his heroine would have invented interstellar travel, Intercontinental Ballistic Missiles, and Robots..

Jensen wrote a kind of new age fantasy of the quality of a third rate Atlantis is Here! conspiracy rag, in which he proposed an alternative to Darwin’s theory of natural biological selection. His fantasy was based upon cultural selection, based upon intelligence, or, in other words, on traditional European vs. communist or nazi values. I know, I know, it was 1944 and it was a way for the Swedes to stick it to the Germans, who really were smitten by the biological idea at the time, but, sheesh. Jensen is important for the effect his books had on modernism, but the Nobel Prize? Really? The lack of any meaningful information on Jensen, or any narrative that binds his influence with the writing of the 1920s and 1930s, is why writing, and the Internet, should not be left to robots, ever. Reclaiming that territory for humans presents tremendous opportunity for writers, but we’re going to need some new robot laws.

A Note About the Steam Punk City

In the city, art has left the galleries and is on the streets, in the thousands of spontaneous recombinations of the lost, forgotten, obsolete and even scorned into new life. Share my journey for 16 months as uncover the future lying in plain view in a city with a public art gallery in the basement of a parking garage, surrounded by five tattoo parlours, within one block. We are all on display, and leave traces of time to come.

My world as an agro-ecological outfitter blooms here: