After a century or two of manufactured landscapes, all cut in the straight lines of 19th and 20th century machinery, the whole world has gone gothic.

The rectangles here are sod. The green highlights are junipers. The brown stuff that is eroding away is soil. In this way, a man attempts to re-create the 1970s (evidenced by the walkway, with the rock work and the (now) rotting posts) after some waterline repair. Let’s wish him luck. 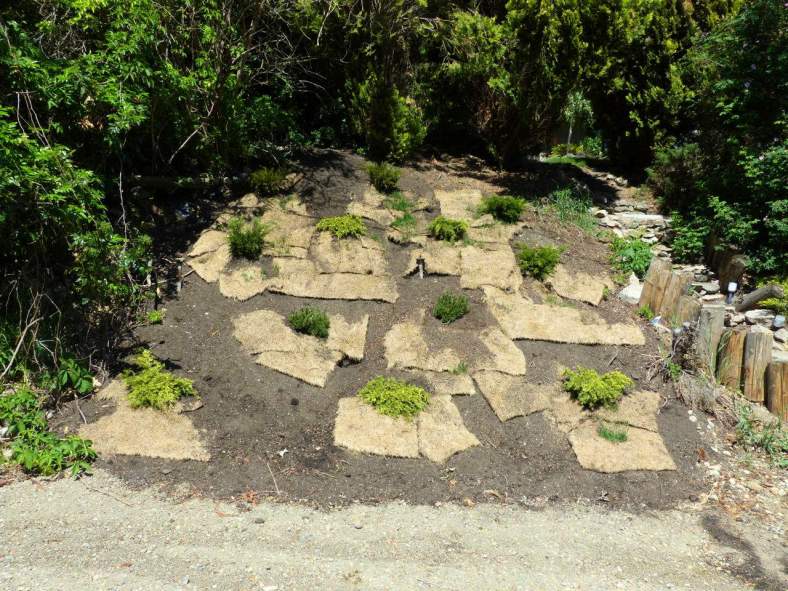 A Mondrian eyeballing it, that’s the steampunk way.

A Note About the Steam Punk City

In the city, art has left the galleries and is on the streets, in the thousands of spontaneous recombinations of the lost, forgotten, obsolete and even scorned into new life. Share my journey for 16 months as uncover the future lying in plain view in a city with a public art gallery in the basement of a parking garage, surrounded by five tattoo parlours, within one block. We are all on display, and leave traces of time to come.

My world as an agro-ecological outfitter blooms here: